Getting a Seat at the Powerhouse Table: City MOGULS Gives Early-Stage Entrepreneurs a Chance to Receive Mentorship from Successful Female Moguls 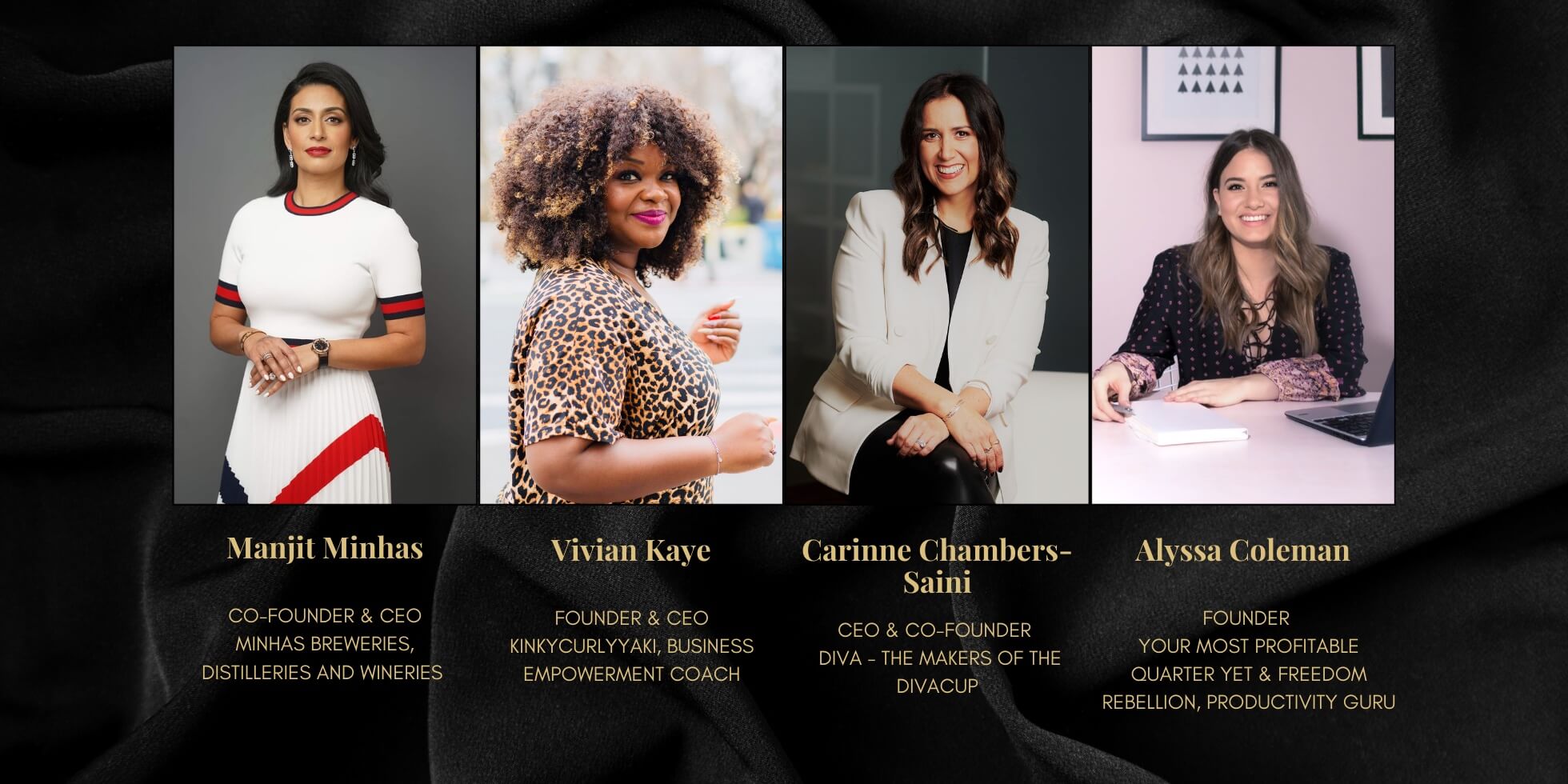 If you had the chance to get in a (virtual) room with some of North America’s top female moguls, would you?

It was the chance of a lifetime. On March 11, City MOGULS founders Dani Kagan and Victoria Marshman hosted the LeadHERship Power Hour, an intimate and curated virtual speed mentorship event, featuring four of North America's top female entrepreneurs as mentors.

To celebrate International Women’s Day, the group opened up the event to 20 early-stage female entrepreneurs from all walks of life, allowing them to share their stories, seek advice and get valuable real-time feedback from these female powerhouses:

The LeadHERship Power Hour was created with the goal of providing guidance and support to female entrepreneurs, and to create a safe space for women to share any struggles they are facing in business. Those who applied had the opportunity to gain new insights and connect with other entrepreneurs.

The team of mentors were blown away by how much heart and passion each of the women brought to the proverbial table, representing industries from food sciences and healthcare to personal services.

The range of questions asked were notably diverse as well.

“Do I need to get comfortable with debt to finance my growth? Or should I stay in my comfy spot of making profit every month and just find an investor?”

“Do you have any insight on how to best position my brand? And how much should I expect to spend in order to get it to mainstream status?”

All four mentors imparted advice to the best of their ability, and urged many of the women to network, while providing a few with valuable connections outside of the group.

By the end of the virtual event, all those who attended became a part of a community of inspirational women and motivated leaders. All in all, the event proved to be a success, as it offered a supportive, safe space and connections for female business owners who are on a mission to make an impact.

Minhas specializes in brand development, marketing, sales management and brewing operations, distribution, and manufacturing. Her companies -  Minhas Breweries, Distilleries and Wineries - sell beer, spirits and wine brands in Canada, the U.S. and 16 other countries. Over the last six seasons on CBC’s Dragons’ Den, Minhas has invested in dozens of Canadian businesses. Minhas is also the recipient of numerous high-profile business and community awards, such as Canada's Top 40 Under 40 and Canada's Top Woman Entrepreneur.

Kaye’s company, KinkyCurlyYaki, is a premium textured hair extension brand for Black women that she bootstrapped to over $6 million in revenue. As a Business Empowerment Coach, ecommerce expert, and TV, radio and podcast personality, Kaye sets out to empower, uplift and educate her audience into action. Along with her philanthropic efforts through mentorship and her position with the Founders Fund, she has worked with many notable brands, such as Shopify, Ted Talks, Uniliever, LG, RBC and Rogers Sports & Media.

Carinne Chambers-Saini, CEO & Co-Founder of Diva - the makers of the DivaCup

After finishing her undergraduate degree in 2003, Chambers-Saini turned away corporate offers and instead joined forces with her mother to develop the DivaCup. Seventeen years later, DivaCup has completely innovated the industry, taking the concept of menstrual cups from niche to mainstream. As Diva International’s CEO, Chambers-Saini and her company have received notable recognition, winning EY’s Entrepreneur of the Year Award for Sustainable Products and EY’s Special Citation Award for Industry Disruptor. In 2017, Chambers-Saini was also featured on Canada’s Top 40 under 50. Most recently, Chambers-Saini received a 2019 RBC Women of Influence TELUS Trailblazer award, in recognition of her industry-disrupting work with Diva International.

Alyssa Coleman, Founder of Your Most Profitable Quarter Yet & Freedom Rebellion, Productivity Guru
As a self-proclaimed recovering procrastinator, Alyssa became obsessed with figuring out how the Oprah’s, the Beyoncé’s, and the Marie Forleo’s of the world were running empires, staying creative, and making it all look easy. As soon as she figured this out, her business did a complete 180. She mastered the exact process to take entrepreneurs from over-worked and under-slept to productive and profitable, and from that, the Freedom Rebellion was born.